Grace's Guide is the leading source of historical information on industry and manufacturing in Britain. This web publication contains 150,171 pages of information and 235,402 images on early companies, their products and the people who designed and built them. 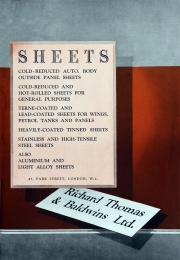 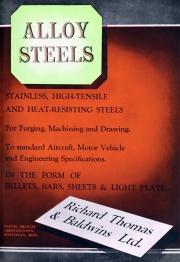 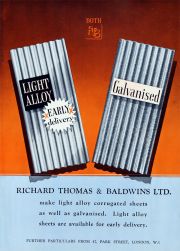 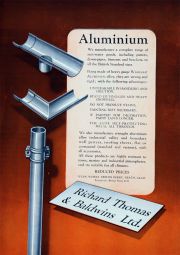 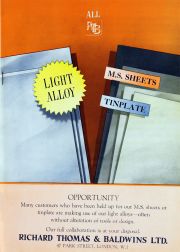 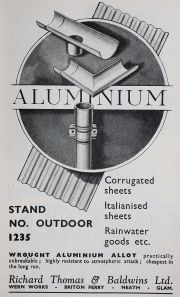 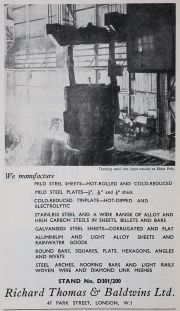 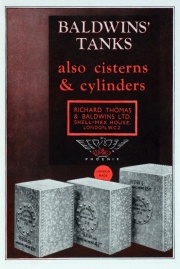 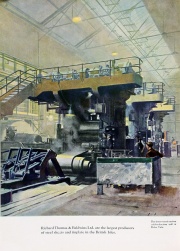 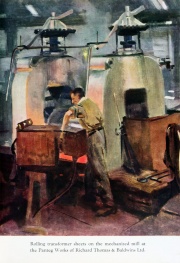 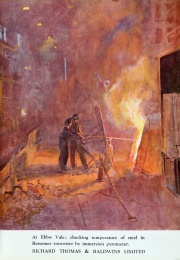 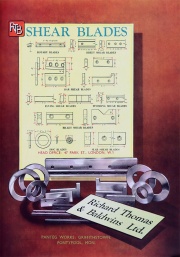 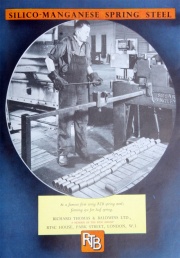 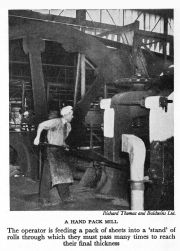 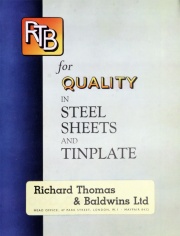 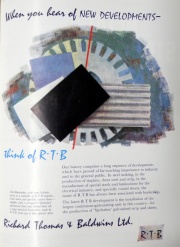 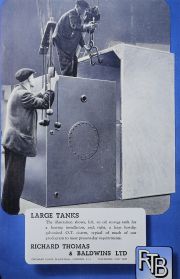 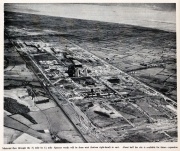 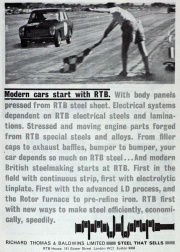 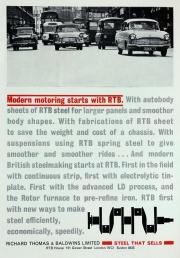 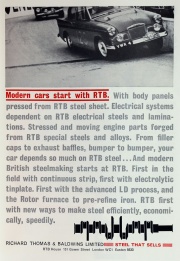 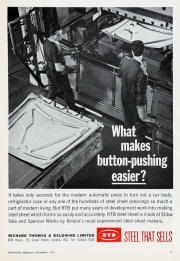 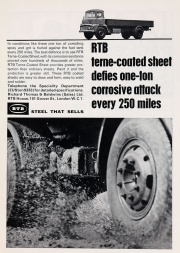 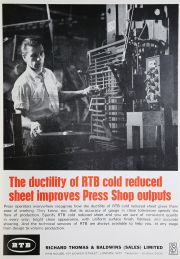 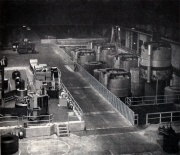 1902 Baldwins was established, to acquire the businesses of E. P. and W. Baldwin, Wright, Butler and Co, Alfred Baldwin and Co, the Bryn Navigation Colliery Co and the Blackwall Galvanised Iron Co. [2]

1935 William Firth, chairman of Richard Thomas and Co announced that his company had purchased the assets of the Ebbw Vale Iron and Steelworks and that the first continuous hot strip mill outside the USA would be located there[3].

Later they decided to close the Wilden Ironworks (by then a tinplate works), declaring the workforce, many of whom lived in the village of Wilden redundant.

1956 Acquired Partridge, Jones and John Paton Ltd from the Holding and Realization Agency[6]. Joint sales arrangements, and research and development with the Steel Company of Wales discontinued.

By 1963 the company was the sole remaining nationalised steel company. It entered a bidding war with Stewarts and Lloyds over Whitehead Iron and Steel Co of Newport, saying it wanted to protect its market as Whiteheads, an independent reroller, was one of the major customers for slab produced by its new plant at Redbourn[7]. Baldwins was eventually successful.

1968 Installed a 19-ton stripping crane made by Wellman Machines at their Ebbw Vale Works.